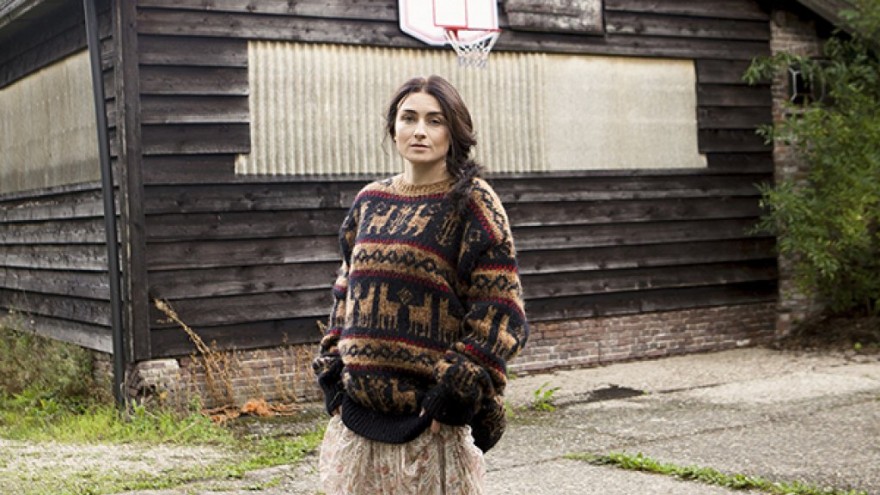 Famous faces that include super model Doutzen Kroes, mum influencer Romy Boomsma and actress Jessica Alba have already been spotted with a baby wrap by Artipoppe, the company owned by Anna van den Bogert (37). The baby wraps, with prices sometimes going up to thousands of euros, are important to her and represent more than just a way of making a living. “I want to share my vision of motherhood.”

In 2012, Van den Bogert (37) lost her job as an office manager. She received unemployment benefit with the obligation to apply for jobs. However, at that time she had just given birth to her second child and would much rather stay at home.

Her boyfriend then points out an alternative possibility created by Social Security Agency UWV: starting a company while retaining unemployment benefit. “To me that seemed the ideal combination between being a stay-at-home mum and making a living.”

After the birth of her second child, she had spent a long time looking for a baby wrap herself. “That market was very limited. I wanted to change that with my new company. It turned out to be an untapped market, but it never occurred to me it could turn out to be such a success.”

She does not have any experience being an entrepreneur and follows the step-by-step plan provided by the UWV. Her business plan mainly reflected her vision of what she wanted the company to stand for.

In addition to being practical, the baby wraps have to be aesthetically pleasing as well. They are made, among other things, of cashmere and Japanese silk. “We use the best materials, in which sustainability is also considered. We source our materials, which allows us to stand behind our products 100%.” 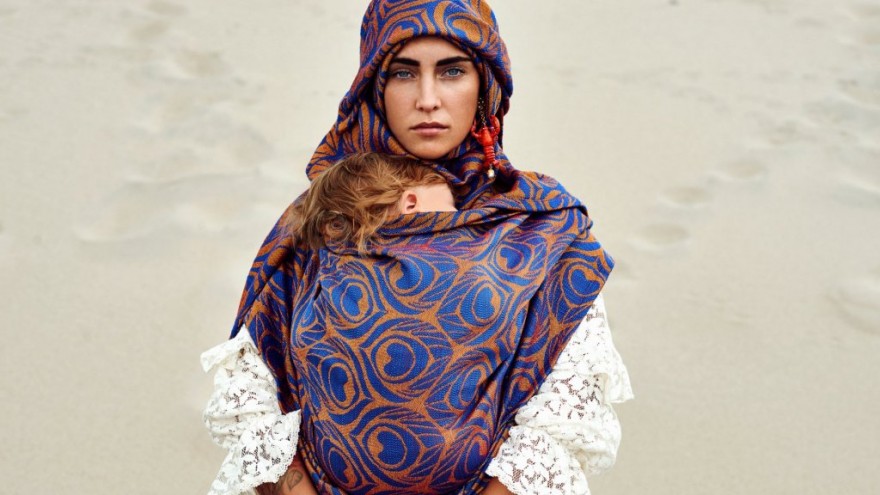 ‘Sold out within 20 seconds’

Artipoppe becomes more than just a project for her alone. “My boyfriend provided much input as well. After 18 months he also entered the business. And our mothers created the first prototypes at the kitchen table.”

During those first months, Van den Bogert aimed at selling 30 limited items a month. However, demand turned out to be much higher. “It required some serious hunting for items online. For three years in a row all items sold out within twenty seconds.”

Popularity comes with increased competition. In order to maintain a competitive position Artipoppe also includes wraps aimed at a wider audience. “Our first in-stock items were kind of boring, actually. I did not want to compete too much with the more exclusive items. The change resulted in us having more in stock and more products in a different price range”

In 2018, the baby wraps varied in price between €190 and €7,800. For competitive reasons, Van den Bogert does not want to share how many she currently sells.

Last year, the company completely switched to in-stock production, of which only a limited part is produced in the Netherlands. “Much of the expertise and capacity in the textiles industry in the Netherlands was lost, which meant large-scale production was virtually impossible. We would have had to pay top money for something that would not have been the best quality or expertise available.”

Moving production to Asia is not an option. “Countries such as Bangladesh or India make it hard for me to inspect if employees are treated fairly and that is what we and the brand have committed to doing.”

The company found the solution to this problem in Lithuania. “People are paid honest wages and the working conditions are good. At the same time the price level is slightly lower, which makes it interesting for me – as an entrepreneur – to produce there,” she says.

In addition to baby wraps, the company also started to sell baby carriers a year ago. “Many people find using a baby wrap too much of a challenge. It is, after all, a piece of fabric measuring 5 metres in total. You have to learn how to use it, but most find it too much of an alternative lifestyle. Using a baby carrier is much easier.”

The baby carriers are also a huge success. The company often uses influencers to generate market attention – although not everyone automatically qualifies for a freebee.

“The choice of influencers is based on that particular person’s online profile, photo quality, aesthetics, the number of followers and the interaction. It may happen that someone has no more than 2000 followers, but is a perfect fit for our company. However, we have also recently refused someone who has a million followers because that account simply did not match our brand.” 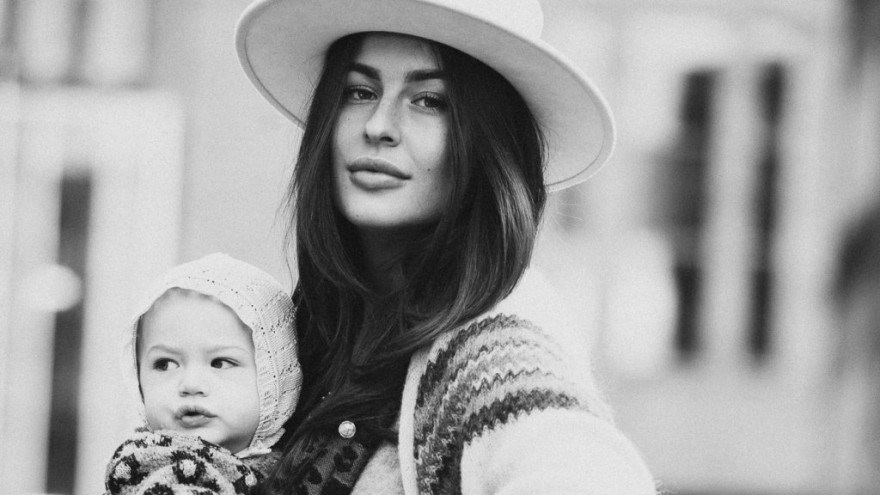 Baby wrap as a lifestyle

Artipoppe sells more than a baby wrap, it is a lifestyle, Van den Bogert says. “Ever since I have become a mother myself, my outlook on motherhood has changed. With Artipoppe I want to share that vision. Women have to be able to be strong and independent, while their babies feel safe and secure at the same time.”

“My youngest child was eight weeks old when we went to Moscow on business. The baby was sleeping on my chest, while I was in a meeting. That independence gives you back your identity. For many new mums all they focus on all day long is their babies, but it does not necessarily have to be so.”

At the same time, a baby wrap allows you to be very close to your child, she adds. “I used to be in paid employment, I know what it is like. After a few weeks you have to get back to work and you have to put your baby into childcare. I wanted to keep my baby with me the first few months – which is better for the child as well, there is enough scientific evidence to support that.”

Children as part of society

Van den Bogert refers to other parts of the world, were it is more common for children to be part of society. “Babies are carried on their mother’s backs, while they work the fields. We want to encourage people to start embracing that lifestyle again, which used to be very common here as well.”

In doing so, she distinctly means during the first few months. “When they are older this becomes more difficult. My youngest child is now two years old, and carrying a toddler wherever you go is not very practical.” 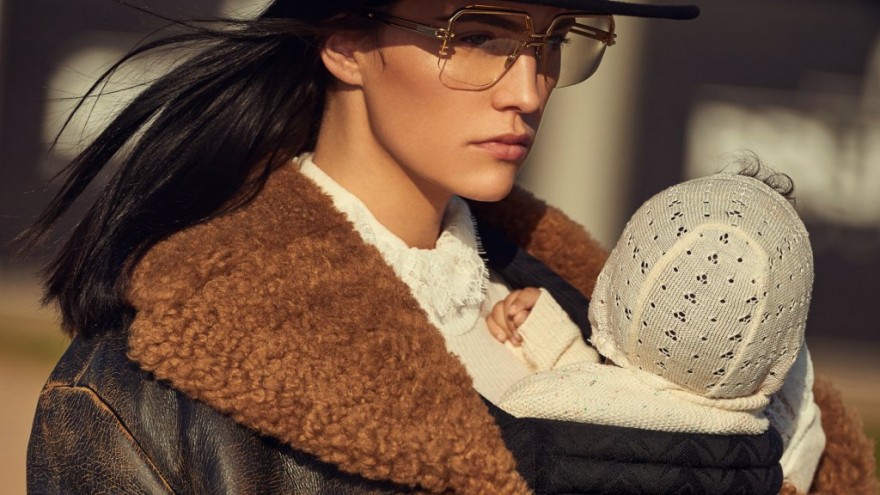 Not a stay-at-home mum after all

The growth of the company is financed with own resources.  “For the time being, we want to continue without an investor. My boyfriend and I work together in the company. That puts enough of a strain on our family life as it is. We are now risking our own money, if it were to include loan capital I am afraid the pressure would simply be too much.”

The couple now have four children, aged 8,7,4 and 2. “I wanted to be a stay-at-home mum, but that worked out differently.” Van den Bogert works 60 hours a week and her products are sold in 70 countries.

“Basically, all I have is a pre-university education certificate. The success of my company feels like something that just happened. However, reading the business plan, we are doing exactly what we said we were going to do. My vision did not actually change.”